Hello! How can we help?

Citizen Space v6.2 was rolled out to all customers in the week beginning 19th April 2021.

Last year, we introduced a Word document version of the PDF summary report which can be automatically generated from your consultation dashboard at the click of a button. Since then many of you have told us how useful the editable version is as a starting point for putting together bespoke consultation reports. However, one limitation of the Word version was that it didn’t include the charts that the PDF version had – until now!

We’ve now done the work that enables us to incorporate the automatically generated charts from the PDF summary report into its editable equivalent. One of the added benefits of this is that the charts themselves are also editable, meaning that you can get them looking exactly how you want them. Result! 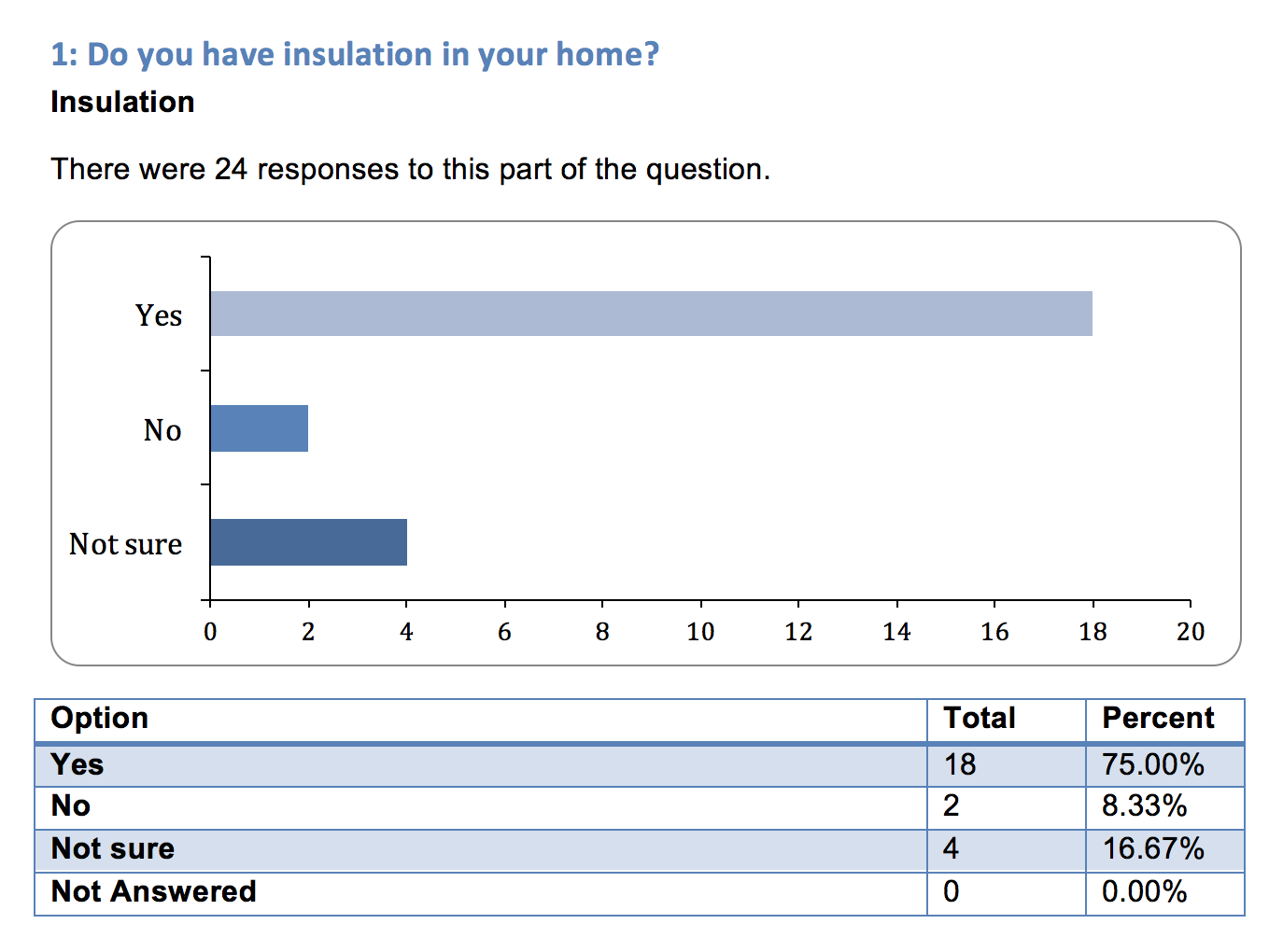 Improvements to the 'save and return' feature

The 'save and return' feature allows a respondent who has started filling in a survey response to save their work so far and receive an email with a link to continue. We’ve enhanced the functionality of this feature in response to feedback that some respondents were having difficulty receiving the emails (especially those using Microsoft Outlook).

If a respondent selects the 'save and return' button in a survey, they will now be shown some extra details - a return link, their response ID and a brand new 'response key' - which they're encouraged to make a note of right away, rather than having to wait to receive an email. They can then use these details to resume their incomplete response at any time.

In addition to the return link provided to the respondent, all of your Citizen Space surveys will now display a link on the left-hand side which offers people to “Return to a previously saved response”, which is another way they can enter those details and resume their incomplete response.

The traditional email option is still available on the 'save and return' page, underneath the new information, but we hope this addition will help cut down on the amount of queries you receive from respondents having difficulty. 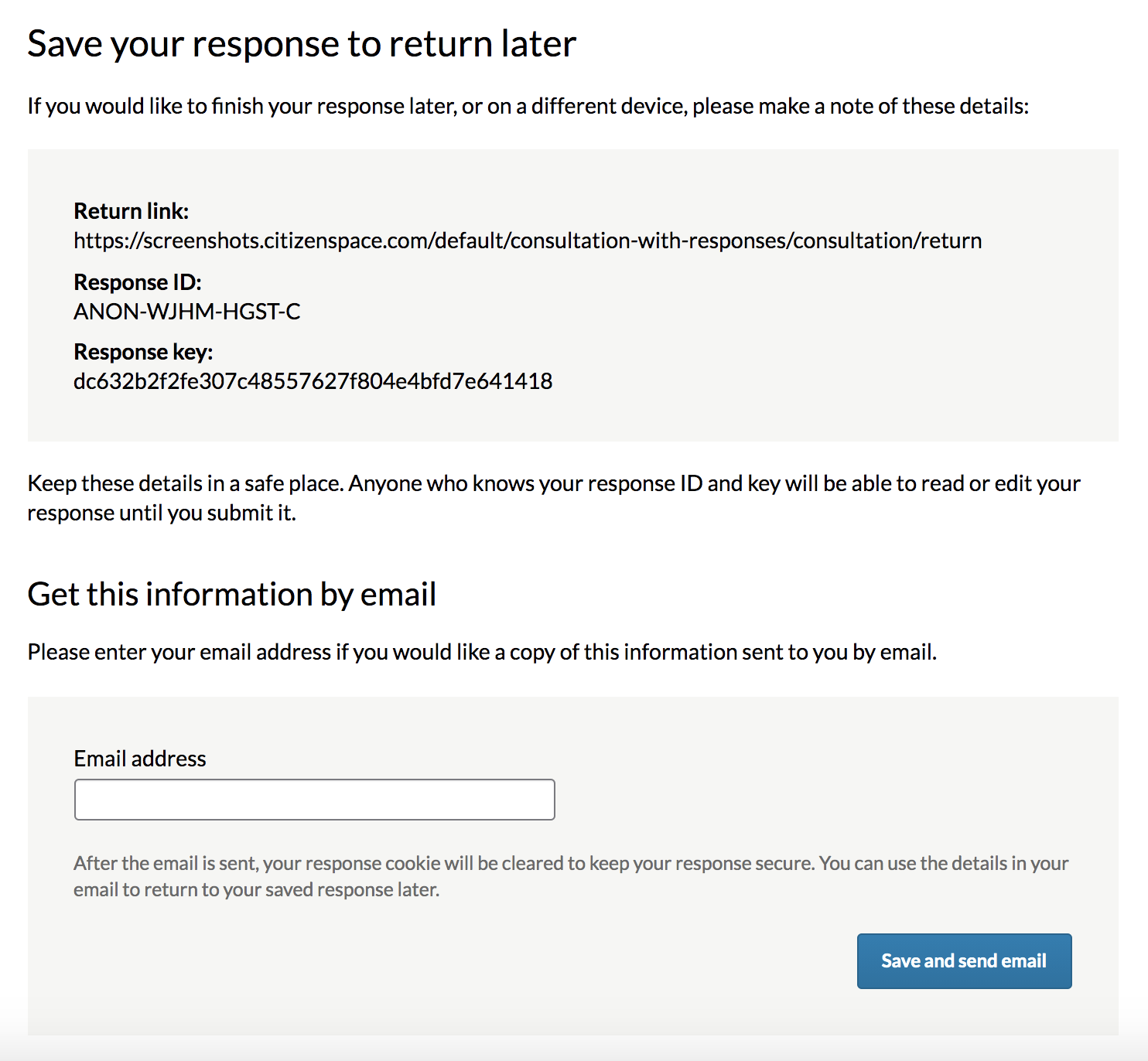 Other smaller but no less important changes

As always this release includes some other smaller improvements, particularly on the accessibility side of things.

A customer received a report evaluating the accessibility of one of their Citizen Space consultations from a charity that audits content on behalf of people with visual impairments. They kindly shared the report with us (thank you!) and as a result, we've made some small changes to reflect the best practice recommendations from that report (for example, we've changed the way error messages within the survey are displayed.) Accessibility is hugely important to us so if you do receive feedback from users about accessibility, we encourage you to let us know.

Separately to the accessibility improvements, we also fixed an issue where empty cells in the Microsoft Excel exports were not in fact being treated as blank cells. (You're welcome, spreadsheet nerds.)

Finally, we added some more features to Citizen Space Geospatial - our new place-based engagement product that integrates with Citizen Space - as part of this milestone. If you're interested in hearing more about those, you can read more details on the website.